The video gives a good overview of our Blended Martial Arts Program.

Created and Produced by Mr. Tom Sugihara (who is also father to two Kadan

It's a family affair. Roland, Aurora, Kadante and

Roland Jr., the driving forces behind

Kadan Martial Arts was established in 1992 by Roland and Aurora Ferrer. Kadan was originally known for its top level Taekwondo Athletes, ranking in Jr. & Sr. divisions in State, National, U.S. Team Trials and International Competitions. In time, raising their two sons at the studio, gave way to diversifying their programs.  They became inspired to help people of all ages and physical abilities enjoy the benefits of the Martial Arts. Kadan became known as a "family school" a place where children from four years old to adults could train and grow together. We strive to make our environment a nurturing and positive place for everyday people to face their fears, overcome their challenges and walk the road to Black Belt.

his formal training in the

and is an internationally

He began the formal study of

at the original (Kali Academy) of Dan Inosanto & Richard Bustillo in 1977. He was honored to be a resident athlete at the United States Olympic Training Center in 1988 going on to win the U.S. National Taekwondo Championships in the Middle Weight Division.

In the Art of Taekwondo:

Master Ferrer is an eternal student and has trained with some of the top masters in their martial arts fields for over 40 years.  He continues to enjoy learning new styles, meeting new masters and growing as a martial artist.For more information about Master Ferrer and PaaMano Eskrima check out the site.

This is a 30 sec clip with Roland Ferrer and Kadante Ferrer for the Men's Martial Flow Program. This is an exclusive program. Participants must be referred by existing students/members. This program is held off-location. For more information please email us from our "Find Us" page.

Roland Ferrer is the founder and creator of PaaMano Eskrima a style of Filipino Martial Arts. This clip explains what PaaMano Eskrima is all about. Master Ferrer shares his gratitude for the Masters that came before and hope for those that will come after.

We are committed to helping and supporting each student develop his/her unique talents. Each of us has important gifts to share with the world. At Kadan, we use the martial arts as a tool to help our students unlock those gifts and focus on the possibilities. We have been dedicated for over 20 years to empowering humanity one student at a time. We believe that through positive and proactive involvement in the everyday lives of others we can help create a better community and a better future for ourselves and our children.

Here Master Ferrer and Mr. Jeff Nelson share some of the practical applications of his PaaMano Eskrima System at the FilAm Festival in San Pedro, CA. Roland says, "It's always an honor to share the Filipino martial arts, arts and culture. I hope in a small way we (PaaMano Eskrima and Performing Arts) can inspire future generations to learn more about the Filipino culture and martial arts." 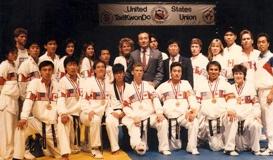 The perfect source of art through movement... 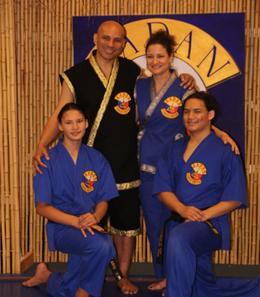